Witness the thrilling sight of people running through the "divine fire"!
A traditional festival held to burn out impurities and pray for the peace of the region and its families.

Kansai
ABOUT + TO DO INFO MATSURI RULES & MANNERS ACCESS

The "Kushida Shrine Shuki Reitaisai" (Hiwatari Shinji) is a grand autumn festival held at Kushida Shrine, which is said to have continued for over a dozen centuries. Lions and Mikoshi floats parade the local districts first, in order to attract and collect the impurities, and then head back to the shrine. Next, a sacred "divine fire" is prepared. You will surely be moved by the sight of priests and shrine parishioners dash through this blazing "divine fire."

Since the olden days, there has been a belief in Japan of purifying evil and misfortunes by the power of divine fire. This ritual of Hiwatari Shinji carries the wishes of burning out the wickedness that we unknowingly contracted, in order to regain peace. The viewers of the festival too, must surely be purified by the heat of the fire.

1. Run through the flames while praying for family safety!

Please follow the instructions of priests while viewing the festival.
Please do not block the way during the Hiwatari, and watch from a safe place. 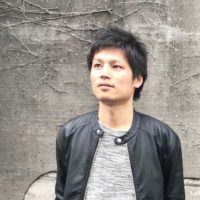