【UNESCO Intangible Cultural Heritage】The Grand Festival of Sawara is "Little Edo" (Sawara's nickname from the old days)'s most celebrated event, consisting of the summer "Yasaka-jinja Gionsai" festival and the autumn "Suwa-jinja Aki Matsuri" festival. It is enjoyed as a traditional celebration holding over 300 years of rich history. In summer and autumn, a total of 24 floats parade, making the festival known as one of Kanto region's three most well-known dashi (floats) festivals. Furthermore, the festival's chant "Sawara-bayashi", known as one of the three major festival chants of Japan, as well as Sawara's traditional townscape recognized as Nationally-selected Preservation Districts for Groups of Historic Buildings, can be enjoyed.

Held annually in July, the "Yasaka-jinja Gionsai" festival features the parading of a total of 10 floats, and is said to have effects of scaring off disease and sickness.Sawara prospered since the Edo period for its water transportation allowed by the river. Absorbing Edo (present-day Tokyo)'s various cultures, Sawara nurtured its own unique culture. The "Grand Festival of Sawara" blossomed as its culmination. Feel and experience the festival while enjoying the scenery of old town Sawara!

"Yasaka-jinja Gionsai" festival features the parading of a total of 10 floats. On the floats are 4m tall figures modeled after mythical and historical figures. Furthermore, the floats are decorated with fine carvings of hawks, carp, lions and dragons, fascinating the viewers.

The floats are lit up with lanterns at night. The lanterns reflected on Ono river at night brings out a fantasy-like atmosphere.

2. The "Sawara-bayashi" chanting excites the festival

The festival chant of the Grand Festival of Sawara is known as the "Sawara-bayashi". It is one of the three major festival chants of Japan, passed down since 300 years ago. There are over 40 songs, and are sung according to the moves and atmosphere of the floats, exciting the festival. The hand-dances danced to the chanting is beautiful too, fascinating the audience.

3. The exciting parade of floats!

The "no-noji mawashi" maneuver spins the float with its wheels on the right as its axis, making a swirl similar to the shape of "の". If the float is pulled even slightly off balance, it will lose its orientation. They are maneuvered with fine precision without displacing its axis. The bold yet delicate pulling of the floats is a must see.

Blocking the floats is prohibited. 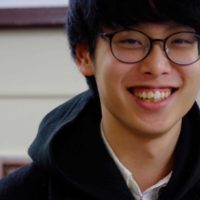