The great journey of a colossal 10 ton trees, once every seven years!
Sliding down hills and splashing into rivers, struggling all the way!

Chubu
ABOUT + TO DO INFO MATSURI RULES & MANNERS ACCESS

Four giant tree pillars are erected in the four corners of Suwa Taisha Shrine. These special wood monuments are known as "Onbashira." The logs chosen for the Onbashira are 1m in diameter, weigh up to 10 tons each and are cut down from a local mountain forest, dragged and heaved all the way to the shrine grounds by human hands and are stood up on end as a unique and long ritual.

The Suwa Taisha Shrine is one of the oldest shrines in Japan and includes four different sites (Kamisha Honmiya, Kamisha Maemiya, Shimosha Harumiya and Shimosha Akimiya) that surround Lake Suwa in Nagano Prefecture. During the Suwa Onbashira Taisai, logs are erected in all four of these shrine grounds.
The Onbashira Festival is a trademark of Nagano Prefecture and is celebrated with vigor at almost every shrine. The most grandiose celebration, however, is held by the Suwa Taisha Shrine. Local participants of this festival ride the massive logs down steep hills, into freezing cold rivers and put themselves into many kinds of danger in this bold physically consuming process that you must see. Injuries occur often and viewers need to take personal precautions. If you would like to participate in the pulling of the Onbashira then attend the Ono Onbashira Festival held the year following the Suwa Taisha Shrine's celebrations—the crowds are smaller and anyone is able to participate.

Transporting the cut Onbashira from the mountains to the village is known as Yamadashi. The most difficult obstacle for the Yamadashi to the Kamisha grounds is the narrow 90 degree turn known as "Anayama no Omagari." Pullers communicate with yells on both sides to maneuver the log through this residential street so as not to hit anything. After the intense and nervous moments pass and the log as turned the curve, onlookers praise and cheer in loud applause. Give the participants your support by viewing this well-timed and controlled spectacle.

2．Nose dive at the Kiotoshi!

The most dangerous part of the festival is the "Kiotoshi." The massive 10 ton log is let go from the top of a steep 30 degree slope and ridden like a sled by local men who wish to prove their bravery. The man who is able to ride all the way to the bottom without falling off becomes that year's famous "hero."  The V-shaped branches jetting from the Onbashira are known as "medodeko" and during the Kiotoshi on the way to the Kamisha grounds, great importance is placed on how neatly the angles of these medodeko are kept while sliding down the hill. The Kiotoshi on the way to the Shimosha grounds is more of a daring, "manly" event. Don't miss this overwhelming and impressive moment that happens only once every seven years.

The last obstacle for the Yamadashi to the Kamisha grounds is the "Kawagoshi." The water in this 40m wide river is straight from the local snowy mountain and is limb-numbing cold. The Onbashira, heavily ridden by shrine parishioners clinging to the V-shaped medodeko fall dramatically into the freezing waters and make their way to the other side with the help of many ropes. Don't miss the action and cheer these brave individuals on!

4．Watch the 10 ton pillars rise at the Tate-Onbashira.

The climax of the festival is the Tate-Onbashira. The colossal logs brought all the way to the shrine grounds are erected in the four corners while the shrine parishioners cling to the wooden pillars shouting and cheering, keeping the festival morale high until the very end. Once the 15m tall Onbashira are in an upright position, the festival replies with a roar of applause.  Come share this feeling of accomplishment with the locals as the rare once-in-seven-year festival safely comes to an end.

At dangerous sections, such as the Kiotoshi (tree dropping) or Kawagoshi (river crossing), women, children and inexperienced foreigners should stay away from the ropes.
Congestion and traffic is common during the festival. Sometimes visitors may not be able to view the main attractions due to the size of crowds. It is recommended to have a local acquaintance show you around.
You must pay a fee to view the Kiotoshi of Shimosha Shrine. Reservations are required.
There are rest stations along the town roads known as "Yasumi-dokoro." Free refreshments are handed out, yet it is common custom to leave curtesy money (approx. half of price of consumed food/drink, or a 1800mL bottle of sake).
Free sake is offered to festival goers during the Satobiki home parade. Please do not over drink. 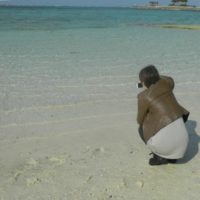